This is Your Brain on Anger and Frustration 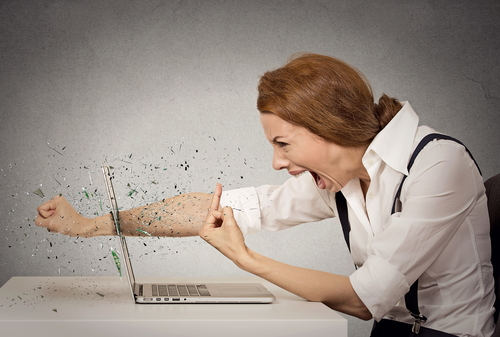 How many times has it happened that you are caught in traffic, losing your mind over the traffic light not changing quickly enough? It seems like a millennium waiting for it, and you just want to speed through it. You want to be the first car to go through it and when someone cuts you off, you lose your mind. Anger takes over you; you are no longer in control as you do something that you are bound to regret later. This is your brain on anger and frustration.

Evolution has been kind to us, and our brain is adept at handling all sorts of situations. But sometimes survivalist instincts kick in, and you do something primitive. The brain consists of the limbic system as well as the prefrontal cortex. The limbic system has the most basic response of survival, while the prefrontal cortex, a more developed part of the brain, will take your earlier experiences into account and help you make a logical decision.

When you get angry, your limbic system is in control. It contains a small organ called the amygdala, a place where all of your emotional memories are stored. When you go through an emotional experience like anger, information is passed through the amygdala, where it is processed, and the brain decides whether to send it to the prefrontal cortex or the limbic system. If the emotional part of the experience is overwhelming, the amygdala will take control and inhibit the prefrontal cortex from performing. The limbic system will take charge causing you to react emotionally.

This is when you lose it. Your amygdala causes you to do something without much thought since the part of the brain related to reasoning was bypassed. Such an emotional reaction during anger is also known as amygdala hijacking. During this time, your brain is swamped with hormones related to the ‘fight or flight’ response, or survivalist instincts. Hormones like cortisol spike. This hormonal response can last for hours and even days, causing you to say or do things that you are bound to regret later. This is your brain on anger and frustration.

Now consider the earlier example. The person who cut you off turns out to be someone you know. All of a sudden you stop feeling angry. Instead, your temper starts winding down and you are no longer as selfish about using the road as before.

So what just happened? How did your anger and frustration die down so quickly?

Humans have three critical areas of human survival; residence, resources and relationships. Since you know the driver, who probably lives in the same area and you have a relationship with him, you didn’t mind sharing your resources with him. It is a subconscious reaction that the brain has developed over years and years of evolution.

As mentioned before, it is the prefrontal cortex that basically keeps you calm enough to make a ‘good’ decision. This is followed by a rush of oxytocin, a chemical that promotes relationships, which in this case helps you realize that the driver is a friend.

Another aspect to consider is mirror neurons in the brain. These neurons cause us to mirror things that we observe. So if we see someone feeling angry, we might mirror that emotion. If you are smiling, other people will also smile with you. The good thing though is that our evolved brain has learned to respond differently to different emotions. You don’t need to feel angry with someone showing you anger. We already know how your brain looks on anger and frustration. Respect, empathy, and a smile can go a long way in offsetting the anger. Instead of promoting a rush of cortisol, you promote oxytocin. This is bound to make you feel better.