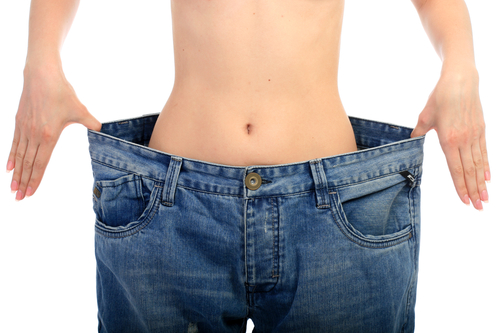 Speeding up metabolism will burn calories faster and allow you to lose weight more efficiently.

Everybody wants to lose a few pounds now and then, especially for summer! Most people go straight to the gym, do a crash diet, or both. After a few months, people either give up or may have even lost their goal weight. This concept is called yo-yo dieting, and has been going on for decades.

It doesn’t work. Did you know that 95% of people who lose weight with a crash diet, put that weight back on within a year?

The key to losing weight and burning fat is to change your metabolism. Sure, everyone says that their genes are to blame because they can‘t lose weight. “I was born this way” is a natural sentiment when faced with the tough task of dropping a few pounds. But that sentiment can be changed.

This article will discuss some of the techniques anyone can do to speed up their metabolism and burn more calories to lose weight.

One sure way to speed up metabolism is to change the way you exercise. Many people often do endurance exercises such as running on a treadmill for an hour. While this will burn calories, it does little to speed up your metabolism.

Muscle weighs more than fat. By weight training for 30 minutes, two to three times per week, you will speed up your resting metabolism by 100 calories per day. This means that even when you are resting, you have reset your metabolism to keep working to lose weight.

There are several changes that can be made in your diet to help speed up your metabolism. One of most effective nutrients for accomplishing this are eating omega-3 fatty acids. Omega-3’s balance your blood sugar and reduce inflammation, giving your body the opportunity to increase your metabolism. Consuming omega-3’s in addition to exercising can help you lose weight more effectively. Omega-3 fatty acids are most prevalent in fish such as salmon and tuna, as well as flaxseed and walnuts.

Another common item that has recently been linked to speeding up metabolism is green tea. Green tea contains a chemical called catechin, which is thought to speed up metabolism, even when resting. By drinking 5 eight ounce cups of green tea per day, energy expenditure can be increased by up to 90 calories per day.

Another great tool to burn fat and to speed up your metabolism is to eat fruits and vegetables. There is a catch, however, in that they should be organic whenever possible. Pesticides that are used on most fruits and vegetables can interfere with the functioning of the thyroid. The thyroid controls the body’s metabolism, among many other things, and the chemicals that are used in pesticides can inhibit its effectiveness.

Proteins are another great tool, and they are digested more slowly than fats or carbs. This means that you will feel full longer and won’t be craving more food or unhealthy snacks. It also means that the body will expend more energy trying to burn those proteins, and can help you to lose weight more effectively.

It is important to remember not to slash too many calories when trying to speed up your metabolism. If there aren’t enough calories to burn, the body will go into “survival mode” and will stop burning fat altogether in order to conserve energy. A healthy amount of calories, based on your weight, age and gender, per day is the best way to ensure your metabolism is functioning as efficiently as possible.

Always make sure to eat throughout the day. This will mean less overall hunger, and therefore less cravings for foods that are unhealthy. If you want to eat 6 meals per day, then try to stay around 300 calories per meal, or just take your usual amount of calories per day and divide them by six for the most effective way to speed up metabolism.

We all know how great it feels to get a good night’s sleep. You wake up feeling energized and ready to go. This is because your metabolism works best without the stresses of being tired all day. If you are exhausted then the body does not have the energy needed to burn calories and will actually lower your metabolism in the end.

Speeding up your body’s metabolism is a great way to get your body to its ideal weight, and keep it there. A more efficient metabolism means that your body is no longer trying too hard to keep all the internal organs running at peak efficiency, and can focus on burning fat instead. Increasing your metabolism will help your body burn calories more efficiently and lead to a longer, healthier life.