Smoking e-Cigarettes Are Not Safe! 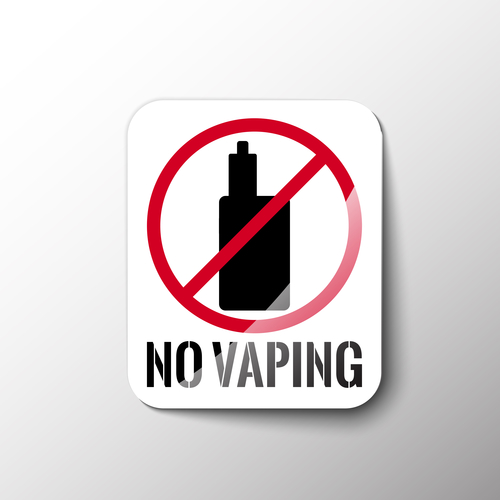 Whether you are a beginner or just someone looking to quit smoking, you should know that smoking e-cigarettes are not safe! Time and again, people are warned of the harmful effects of smoking cigarettes but it’s like the message falls on deaf ears. If you are looking to switch to e-Cigarettes under the assumption that they are better than the tobacco ones, you definitely have another thing coming.

The one message that you should engrave in your brain should be that smoking is not a very healthy habit. Like most controversial statements that seem to be going against what most people like, the use of e-Cigarettes has both people who oppose and supporters who think it is safer than smoking tobacco. Here are some points that are designed to help you see the dangers of smoking e-Cigarettes.

Although e-cigarettes are not as harmful as the smoking of tobacco, they also have some side effects that you should be wary of. If you take e-cigarettes, you should go for the brand that does not contain a lot of flavoring chemicals.

A recent study by scientists found out that the liquid found in e-cigarettes contain propylene glycol which over time, breaks down to form formaldehyde. This substance can also be found in some of the foods you consume, the danger comes in when the dosage increases.

If you smoke up to three milligrams of the liquid found in your e-cigarette, the amount of formaldehyde that will end up in your body raises the chances of cancer five times more than that of a tobacco smoker.

The other big problem that can be associated with the smoking of e-cigarettes is the high number of students and children that are getting hooked on them. Without the chocking of smoke found when one is smoking tobacco cigarettes and the sweet flavors, e-cigarette smoking is attracting more and more kids. A large percentage of them see it as a way of looking cool that will have no repercussions later.

However, it should be made clear that smoking e-cigarette are not safe! Between the year 2013 and 2014, the number of high school students that use e-cigarettes and hookahs tripled. This shows just how the use of e-cigarettes is making lots of kids to become smokers and nicotine dependent even without their knowledge.

The other issue that makes the use of e-cigarettes so common even among the young people who are not making much is their availability. You can easily purchase them from a number of stores near you and they are also quite economical.

One e-cigarette can take you about two days to finish if you normally use a packet of twenty cigarettes in a day. This might not look like a significant issue but if you calculate the amount of money you spend annually on cigarettes, you will see why the e-cigarette option is quite attractive to many.

However, the Food and Drug Administration just recently decided to add the e-cigarettes on to their watch list with the aim of ensuring that they control the damage and any risks associated with someone smoking them.