Is There Such a Thing as a Healthy Smoker? 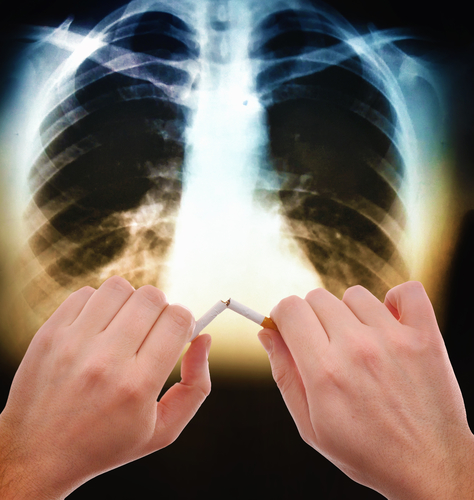 Smoking is extremely harmful to the human body. There is no way to get around this fact. However, when smokers go to the doctors to get their lungs checked out, they will sometimes get good news and told that their lungs are clean.

It is important to remember however, that sometimes these tests are not precise enough to detect smaller, more subtle markers of diseases in smoker’s lungs. This can cause the person to think they can smoke without consequences, which is very dangerous.

This article will examine how some people may think they are in good health after they go to the doctor, but could be, in reality, in worse shape than the tests may reveal.

Chronic Obstructive Pulmonary Disease, or COPD, is one of the most common diseases among people who smoke.

Many people go to their doctor for periodic checkups, just to make sure they are in good health. Some of these people take a test for COPD called a spirometry test. This is when someone goes for a routine medical checkup and measures how much air they can inhale and how much and how fast they can then exhale.

Unfortunately, new evidence is suggesting that this test may still not detect some lung problems. Recent studies have shown that there are more than 35 million current or former smokers in the United States who have an undiagnosed lung disease. This may lead to people falsely thinking that they are a healthy smoker, and will then continue to smoke, thinking they are not at risk for COPD or other potential lung problems.

Despite getting a supposedly clean bill of health form the spirometry test, people who smoke are still much more likely to get sick and be hospitalized with pneumonia, bronchitis or emphysema.

A recent study found that smokers who have a normal finding on these initial lung tests usually still have respiratory issues that can be detected using more sophisticated tests such as a CT scan. The symptoms for respiratory problems include:

People who continue to smoke will not be able to maintain their health. Despite receiving test results that suggest they have no problems in their lungs, it is much likelier that the test simply wasn’t able to uncover the actual problems that a smoker has.

What About Everyone Else?

The effects of smoking on the human body are well known. Sometimes, when people go to the doctor and get bad news about their lungs they do then try to quit smoking. However, if someone who smokes goes to the doctor and is told that there is nothing wrong with them, even if it from a faulty test, there is no reason for them to quit.

If they don’t quit, or perhaps start smoking even more, they are going to continue to expel harmful chemicals into the air for other people around to breathe. This is called second-hand smoke.

Second-hand smoke can have the following effects on nonsmokers who inhale the smoke that smokers are exhaling:

As you can see, even if you think you are a healthy smoker (you are not) smoking causes major damage to the others around you. This damage could be life threatening and irreparable.

The best way to maintain a healthy life is to quit smoking all together. This will instantly make you healthier and add years to your life. Secondly, there are exercises that you can do to keep your lungs as healthy as possible.

There are countless scientific reports that conclude quitting smoking will add many years to your life. Not to mention the people around you will be healthier too. Getting a CT scan of your lungs is the best way to confirm if you have a respiratory ailment.

Burst exercises do great things for your lungs, as well as getting you fit to keep exercising and live a healthier life. Start out with walking and work up from there. Simply walk as fast as you can for 30 seconds and then at a normal pace for one minute. Repeat for as long as you can.

There is no such thing as a healthy smoker so the sooner you quit smoking, the healthier you will be!