How Much Is Happiness Worth 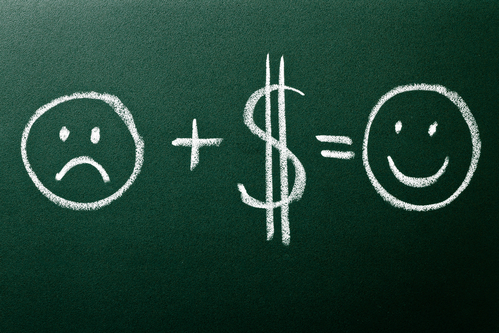 “To be happy, a man must first know what happiness is,” said Jean-Jacques Rousseau over two centuries ago. How much is happiness worth? You would think that the richest people would be the happiest, but you’d be surprised to know that this isn’t always the case. The happiest man in the world is actually a Buddhist monk, Matthieu Ricard. Matthieu was given the title in 2008 after brain scans at the University of Wisconsin. The man has spent over ten thousand hours meditating over the past 40 years. He wasn’t the richest; in fact, the secret to his happiness was mindfulness.

Researchers have long been obsessed with measuring happiness. The relationship between wealth and happiness has been under the microscopic. The Easterlin Paradox mentions that while the rich in a country are happier than the poor, this does necessarily mean that people in rich countries are happier than the people in poorer countries. In other words, happiness is a matter of perspective and circumstance. It is almost impossible to say how much happiness is really worth.

Danial Kahneman actually won a Nobel Prize for his work on measuring happiness in 2002. His findings, although quite basic, do shed some light on how much is happiness worth. He theorized that the behaviors and moods of people are affected more by the fear of loss than the possibility of gain.

In today’s world, there is a tough competition going on between consumerism and wellness. Consumerism focuses on money and objects to provide happiness. Wellness is all about mindfulness and caring about each other.

Many psychologists argue that money and material possessions don’t really improve our mental wellbeing or happiness. But then you also have the innumerable consumer psychologists and marketers who clearly outweigh the former and whose primary focus is on convincing the customer that they can achieve happiness by spending money. So which one of these is right?

The truth lies somewhere in between. Happiness economists, in their inclination to quantify happiness, are more than likely to take away from the human factor. At the end of the day, the human mind is not a machine, and each person’s experiences, perceptions, and personality are different. Psychology and mindfulness, all have the potential to help. But if you rely on these things to minimize the human experience, you are bound to end up in trouble.

In the Review of General Psychology, 2005 by Sonja Lyubomirsky, Kennon Sheldon, and David Schkade, they came up with a 3-part model for measuring happiness.

Biological: The hypothesized that 50% of happiness is biological or genetic.

Circumstance: 10% of your happiness depends on circumstance. These factors are out of your control. It is worth pointing out that your financial situation is part of this, meaning it is just a small part of your total happiness.

Activity: 40% of your happiness comes from activities that you perform, things you choose to do, etc. While biological and circumstance is out of your control, activities aren’t. It is up to you to understand what things make you happy and do them.

According to the above researchers, although finance is just a small part of your happiness, the truth is that most people believe that isn’t the case. If you are dealing with debt or have money problems, you are bound to be unhappy. This stems more from not being in control than finances, but the underlying issue is the same. By having more money, you can feel more in control of your finances and feel happier.

We can hope for a future where happiness becomes measurable, but you don’t want it to take away from the experience. And even though it’s almost impossible to know just how much happiness is worth now, the main thing to remember is that it is not the most important aspect. What really matters is that you are happy!