How Alcohol Abuse Leads to Depression 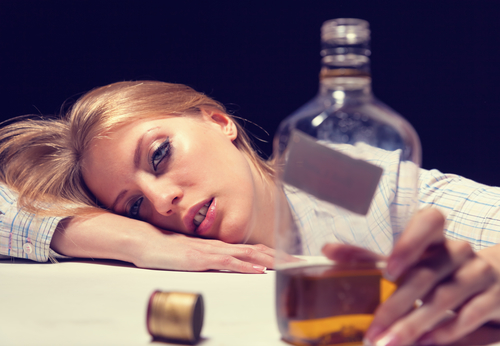 When you talk to people, a lot of them will tell you that they drink to feel better about their lives. Well, alcohol does have a numbing effect on the brain and will relieve some stress. And having a drink once in a while isn’t really a bad thing either. But if you feel the need to have a drink every time you face a difficult situation, you might be in trouble. Furthermore, alcohol abuse leads to depression.

The Relationship Between Alcohol and Depression

Alcohol is a depressant by its very nature. According to the American Psychological Association, nearly 40% of people dealing with alcohol abuse are also suffering from severe depression disorders. On the flip-side, almost 30% people suffering from depression end up abusing alcohol. In fact, even though alcohol might be taken to relieve stress, it can actually worsen your state of depression and even lead to other serious issues.

So having a drink to relieve stress might work for you, but you need to know that alcohol abuse leads to depression. This is mainly because excessive drinking tampers with neurotransmitters in the brain. This, in turn, affects our mental well-being. Alcoholism will also lower serotonin levels thus negatively affecting mood. That’s why heavy drinking can also make antidepressants less effective. Additionally, when we are drunk, our perception of the world around us is muddled. If you are already stressed, chances are you will start focusing on every negative situation you come across and completely miss out on other information.

So which comes first, depression or alcohol abuse? People dealing with depression tend to turn towards alcohol for relief which in turn worsens their depression. Anxiety and depression are more common in heavy drinkers, but alcohol abuse leads to depression too. It’s a vicious cycle which you need to avoid.

We have already established how alcohol abuse leads to depression. But what’s vital for you to understand is that continued alcoholism can lead to even worse mental health problems. It can lead to psychosis, an immensely serious condition that causes hallucinations and paranoia. Even the withdrawal symptoms like body tremors or the feeling of constant bewilderment are painstakingly hard to bear.

Here’s how alcohol causes you harm in more ways than one:

There have been numerous studies carried out to see how alcohol affects depression. We know that alcohol abuse leads to depression, but we also know that if you cut it out, you can start feeling better within a couple of weeks. You will wake up in a better mood, your social life will start getting back on track and, you should start feeling better about yourself. If quitting drinking lifts your depression, then it’s more than probable that alcohol abuse led to it.

The best way to look at it is as two separate problems. You need to deal with alcoholism first and then see how you feel. Say, 4 weeks after quitting you don’t feel better about yourself, you may need treatment for depression. Counseling or talking to someone about how you feel could be an option, and if that doesn’t work, you can always turn to antidepressants. Your doctor should be able to guide you in this regard. But the first step has to be you quitting. As we have already established, alcohol abuse leads to depression, and you need to deal with that before focusing on your other problem.