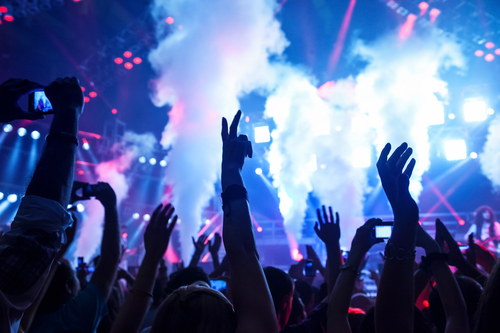 Bobby McFerrin’s song “Don’t Worry, Be Happy” was a huge hit when it was released in 1988, reaching the top spot on the Billboard Top 100 Chart. It struck a chord with anyone who listened to it and inspired a whole generation. The upbeat tune and catchy lyrics have the power to life moods even today. That’s quite incredible considering how music from yesteryear can feel so aged at times. Yet, “Don’t Worry, Be Happy” continues to transcend from being just a song to something much more.

The song title has actually become a bit of a social and cultural icon. The phrase, “Don’t Worry, Be Happy” has taken a life of its own and has been used extensively by psychologists and life coaches as a means to convince people to let go of their worries and be happy. The expression is so popular that G.W. Bush even used it as a slogan in his presidential campaign of 1988. Of course, McFerrin being a Democrat objected to this, and it was subsequently removed.

The song was a cappella, but its upbeat rhythm was so attractive that you would be hard pressed not to enjoy it. There have been numerous studies that suggest that music, especially upbeat music can actually affect happiness. And the tune of “Don’t Worry, Be Happy” has to be on top of that list. There is just something about it that lifts the mood and makes you want to hum along.

Upbeat music has been known to improve breathing rates, a sign of happiness. Music also has an effect on our autonomic nervous system, thereby helping regulate blood pressure, anxiety and heart rate. It has a positive impact on the limbic system as well, which is the emotion center of the brain.

A study scanned the brain activity of subjects listening to music. It was observed that music increased the activity of the neurotransmitter, dopamine substantially, especially in the pleasure center of the brain. This all just proves that happy music can make you happy.

Another major factor why Bobby McFerrin’s song became a hit was the lyrics. A superficial look at the lyrics will make it seem like there is nothing special going on here. But the beauty of the song lies in its simplicity. The lyrics were so light-hearted but meaningful that the song connected with almost everyone who listened to it.

When you worry, you make it double
Don’t worry, be happy”

Everyone has stress in their lives. It’s completely normal. But what makes it worse is when we focus on it too much. It is up to us to make sure that this doesn’t happen. Worrying about our worries does actually double the stress, which in turn leads to a plethora of mental health and physical health problems. So stop worrying about the things that aren’t going right in your life. Focus on things that are. You have to learn to take the bad with the good. Don’t worry, be happy!

Relationships and positive social lives are a major source of happiness. There has been a load of research that points to the fact that human beings need social support to exist. Good, strong relationships have a mitigating effect on stress and can be very helpful in making us feel good about ourselves.

Don’t bring everybody down”

Now this lyric was part of the chorus, but it still packs a punch. We have the power to change our mood and emotions, even perhaps masking our pain if need be. The human brain works in strange ways. If you try and feel happy, there is a good chance you can achieve it. It’s all about being mindful of what you feel and taking control of your emotions.

The second part of the lyrics points towards the affect our facial expressions and body language have on others. It’s a fact that people tend to mirror the behaviors of others around them. So if you’re sad or worried all the time, people around you will start feeling the same way. Smiles are contagious, so too are frowns. So don’t worry, be happy!